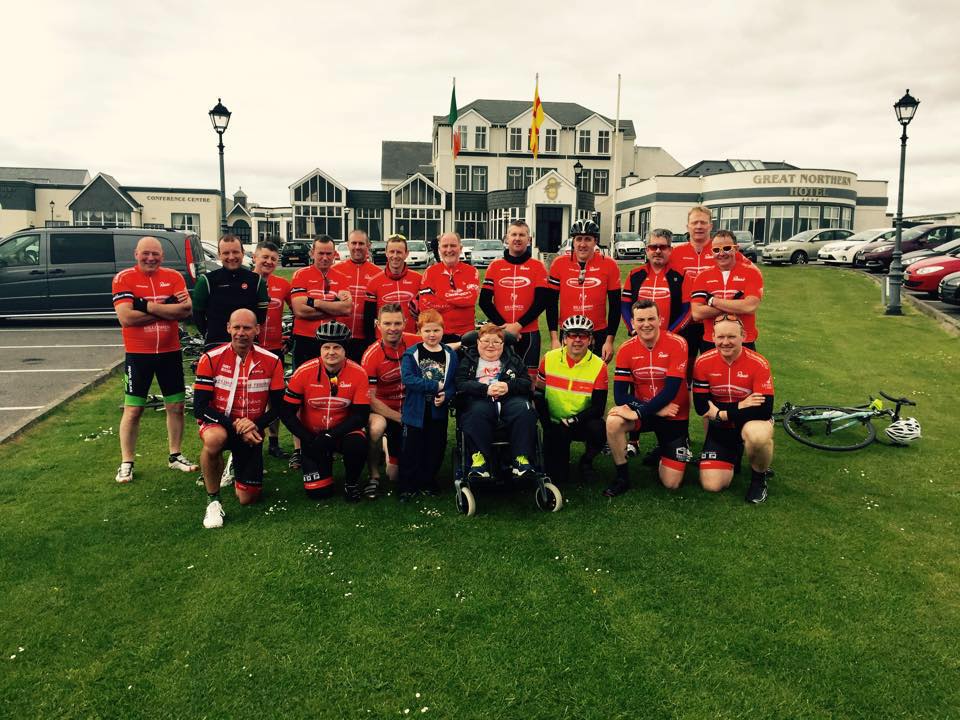 Well, thats it folks, the summer is gone and what a time it was (but don’t mention the weather).

Over the last 10 months or so we have been training for two major events to suit the different levels of ambition and fitness within our group.

Rostrevor to Bundoran
Firstly, 25 of us started a 175km cycle to Bundoran one Saturday morning in the name of raising money for Killowen Fundraising Group and their fight against Duchenne Muscular Dystrophy. On that day, 23 started in the pack and they were then chased down by Barry and Rowan after 2 hours and were caught approx 4 hours later at mile 75, which was one of the realisation points for the lads that the Race Around Ireland 2 man title and record was within their reach.
The Bundoran cycle and the efforts of the group raised just over £17,374

The Race Around Ireland Victory

The Race Around Ireland is regarded as the toughest Endurance cycling races in Europe and 2nd to only the Race Across America on a global scale. It pits professional and amateur cyclists against each other, over 2150kms, on one of the most challenging and beautiful routes you could ever find on the planet.

As you know, Rowan and Barry not only finished it (which not everyone does) but they won it and smashed the 2  man team record in the process. They finished it in 79hrs and 23 mins at an average speed of 27.6km/hr taking 10 hours off the last record!!
This effort and achievement has again captured the support of the general public and over the last few weeks as the hype and support has built, we are now sitting at £18727!!

We, ‘The Rossi’, want to thank you all for your support and we will be marking this achievement with a little celebration in one of Rostrevor’s local hot spots. So stay tuned for an update and you are all welcome to come along and celebrate our achievements.

Here is the link if you want to donate or share with your friends.
The Rossi’ Just Giving page

Rowan and Barry image courtesy of the Newry Reporter Newspaper.